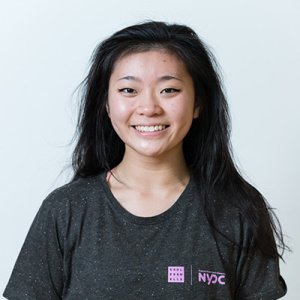 Arriving in Hull on the morning of the 11th of February was a huge relief for all of us. After suffering from a painful, clammy and crammed train journey from Kings Cross, we were more than ready to gather our suitcases and clamber on to the couch to begin the final journey to the Hymer’s College Studios. Despite Hull greeting us with miserable weather, everyone’s spirits were high. Being reunited with the company was such a cherishing feeling; it had been over 4 months since all of us had been together again, including Christmas and New Year, and so when everyone was finally dancing together in the studio, the atmosphere was electric.
This residency, as well as working with the inspiring James O’Hara and of course Guest Artistic Director Damien Jalet, we had the honour of having dancer Aimilios Arapoglou join the artistic team. The energies of Damien, James and Aimilios combined, made the week of training overflow with creativity, every single one of us never stopped learning and growing as dancers. When each of them showed a specific movement, everyone was memorised.
In comparison to last residency, there was not an immediate need for ‘company bonding’ and so the main focus was to get a main skeleton of the piece. Damien had given us plenty of material to take home and practise throughout the 4 months away. Fortunately, myself and a few others from the company see each other every Saturday on a CAT Scheme and so we used our breaks and lunchtimes to fine tune the material.
The week itself put a lot of strain on us physically and mentally as the amount of information given to us day by day was relentless. It didn’t take long for us to gain multiple hip and shoulder bruises and very sore necks! One example of this was when we were dancing a rapid breathing phrase comprising of intense movements accompanied by rhythmic outbursts of inhaling and exhaling for around 6 minutes straight. Our breath started off as a sharp, desperate sound but slowly evolved into a soothing choir whereby the movement gave us a sense of empowerment rather than fatigue. Suddenly we were being moved rather than moving ourselves, feeling stronger after each exhale. This tired and fatigued state slowly evolved our dancing, making our movements free and abandoned, and the exact quality Damien wanted to find within us. As the week progressed we began to dance with gravity, allowing our bodies to be weighted and grounded to bring power and passion into our movement. Throughout the week we also worked on a section whereby the connection between our weight and the ground was paramount. We were throwing our bodies left, right and centre, making percussive beats on the ground, creating vast amounts of energy and vitality around us. What was particularly special was feeling how everyone’s energy around you, as you danced, had progressed so much since the previous residency. The determination and will power each of us had during the week, and pushing ourselves to the extreme, helped bond us even more as a company.
The feeling of being with NYDC each residency as I said before is a ‘home’ feeling. With the premiere looming in under two months, I cannot wait to see what Tarantiseismic is going to become.
Sadler’s Wells….watch out, this piece is going to send some shock waves…