New company member Jasmine blogs about her experience of the first NYDC residency of 2015-16.

Counting down the days until my first NYDC residency was unbearable. I was packed full of nerves and excitement, so much so it was the only thing I was thinking about for weeks on end! On my first day I felt a mixture of all different kinds of emotions. When I got into London, I was looking around St Pancras for “dancey-looking-people” wheeling huge suitcases in the direction of the Northern Line…however being London, this was a lot harder than I thought! I bumped into by coincidence Tommy, one of the NYDC returning dancers from last year as I got off the tube at Angel station. I had met him before when I saw Apex Rising – it was so lovely to see a familiar face to calm my nerves a little!

When I arrived at Sadler’s Wells, the atmosphere was already electric. I recognised Ben, Bar, Isis and Monique who were friends I made at the final selection and I just beamed from ear to ear, “we’re here! We’re only freaking here!”

After an exciting talk from our company director, Jane Hackett, all 41 of us piled onto the company coach. The coach journey to Tring was a perfect ice breaker for all of us and when we arrived, it felt like we had bonded so much already!

Having our first class with our Guest Artistic Director Michael Keegan-Dolan and Assistant Choreographers Rachel Poirer and James O’Hara was unforgettable. They all greeted us with warm smiles and eyes twinkling with passion and excitement. Even just being in the same studio as these wonderful and experienced artists was a huge honour!

One of the highlights of my first residency was when we visited Trinity Laban Conservatoire of Music and Dance. As soon as I set eyes on the exterior of the building, I immediately turned to my friend Jamie. Being a returning dancer from last year he had seen Laban before; I think he must’ve thought I was somewhat hypnotised by my surroundings as I just looked in completely in love. It was surrounded by swatches of emerald grass and a snaking pathway leading to the tall mirrored doors. The interior was amazing. Colours bounced off every glass wall and everywhere you turned it oozed with architectural sophistication. The intense class we had there was undoubtedly one of the most incredible and memorable experiences!

Another one of my hig 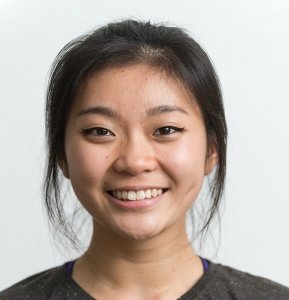 hlights had to be watching Hussein Chalyan’s ‘Gravity Fatigue’ which was created with Damien Jalet at Sadler’s Wells itself. It was one of the most thought provoking and beautifully crafted pieces of dance I have ever seen. It was a unique visual masterpiece which really showed off Hussein Chalyan’s fashion allure. One other thing that struck all of us was that it seemed utterly surreal that we were going to perform on that very stage next April…just a little chunk of a lifelong dream which seemed impossible but is about to come true!

Training at Tring was a luxury in itself. With Michael, we did quite a lot of improvisation during the week, drawing together ideas for the piece. Improvisation was the word all of us cringed at the start of the week, however, towards the end of the week, we came to love it. The turning point for all of us was when Michael put on ‘Vivaldi’s Four Seasons’ recomposed by Max Richter. Whether it was Summer 2, Spring 2, Autumn 1 or Winter 3, every single composition related to at least one of us. Suddenly everyone moved the way they wanted to move. It was there and then I felt like all of us started to really “dance”.

NYDC in such a short time period have become my family. Spending 8 days with 40 insane dancers will be something I will cherish all the way until the next residency and beyond. I learnt so much from them as well as from Michael, Rachel and James which I think is the true beauty of being a part of such an incredible company.

And so, with the melancholy scent of tiger balm still lingering in my NYDC hoodie, and a heart beaming in its fullest, I wait in excitement and anticipation ’til our next residency.