(in between) by Jasmin Vardimon

“A spellbinding and dramatic dance” THE TIMES

2013 saw the inaugural performance of the new National Youth Dance Company. (in between) was a specially commissioned work from NYDC’s first Guest Artistic Director, Jasmin Vardimon. The youthful, vibrant company of dancers, composed of young people drawn from all over the country, worked together for only three weeks to produce a powerful new piece of dance theatre. the work combines Vardimon’s unique style of physical theatre with the youthful energy and exuberance of the dancers: balanced between childhood and adulthood, trapped between the force of the group and the power of the individual.

(in between) premiered at Sadler’s Wells in June 2013, in a double bill with RIOT Offspring. RIOT Offspring was the third commission in the String of Rites series, marking the centenary of Igor Stravinsky’s Rite of Spring. Uniting five international choreographers, the Southbank Sinfonia and an intergenerational cast of 100 dancers drawn from the local community, the work explored contemporary reactions to this iconic music and the themes of rites, rituals and riots. 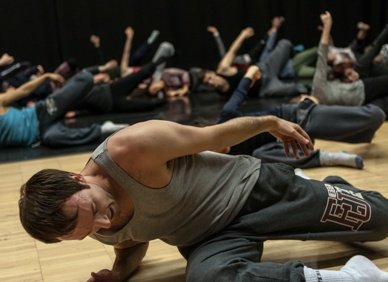 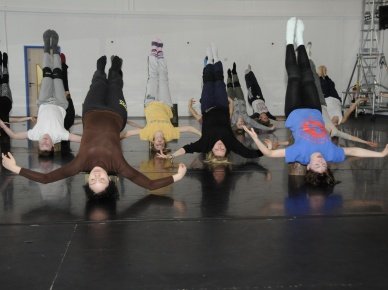 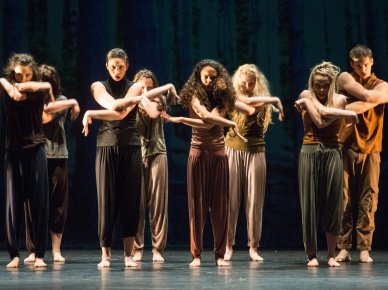 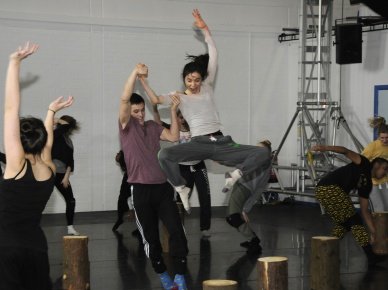 During 2013 the company took part in 9 performances across 5 areas of the country to a combined audience of over 5000 people.